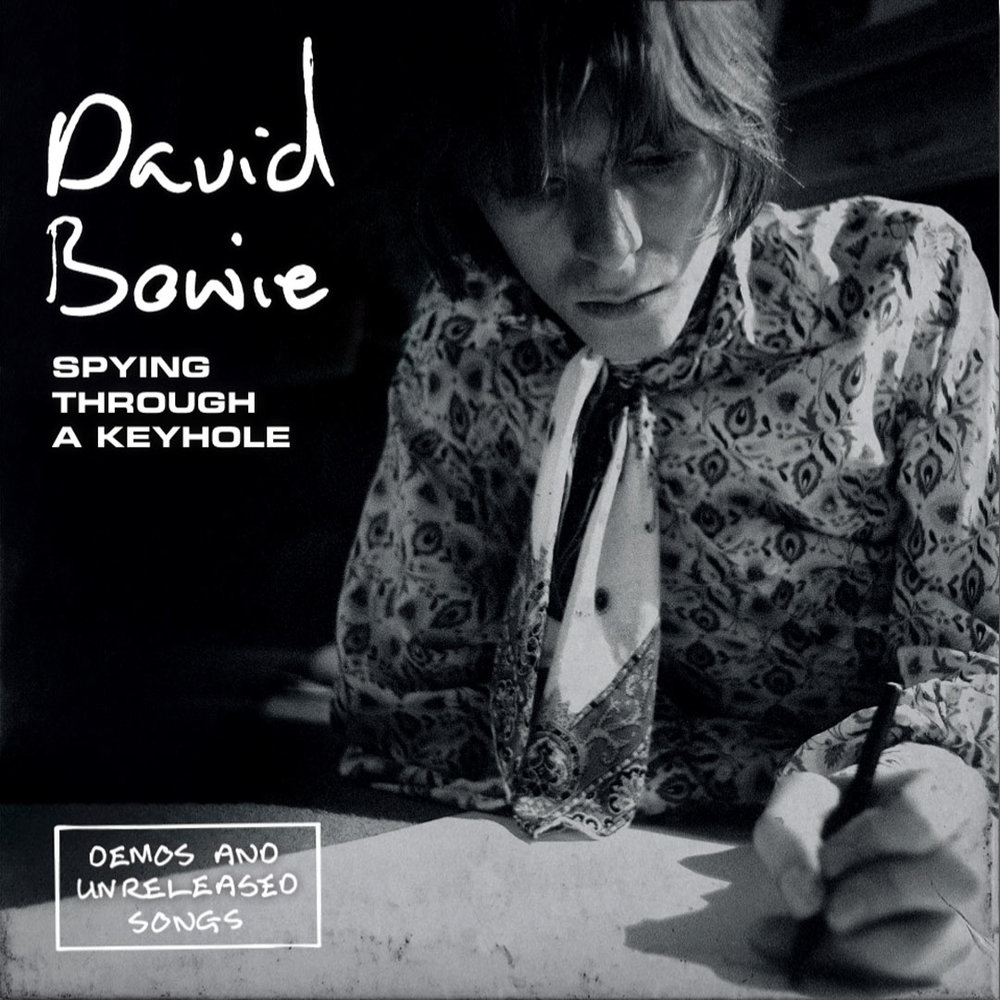 “…spying through a keyhole from the other room…”

On what would have been David Bowie’s 72nd birthday and with 2019 marking 50 years since David Bowie’s first hit, Space Oddity, we are excited to announce that Parlophone is set to release a 7″ vinyl singles box set of nine previously unreleased recordings* from the era during which Space Oddity was first conceived.

Keep reading for the full details.

DAVID BOWIE – SPYING THROUGH A KEYHOLE (DEMOS AND UNRELEASED SONGS)

With 2019 marking 50 years since David Bowie’s first hit, Space Oddity, we are excited to announce that Parlophone is set to release a 7″ vinyl singles box set of nine previously unreleased recordings* from the era during which Space Oddity was first conceived.

The title: Spying Through A Keyhole, is a lyric taken from the previously unknown song: Love All Around, and though most of the other titles are known, these versions have never been officially released until late last year (see footnote). Most of the recordings are solo vocal and acoustic home demo performances, unless otherwise stated.

This mid-tempo tale of a fledgling son fleeing the nest features multi-tracked vocals, guitars and harmonica from David.

In The Heat Of The Morning (demo)

Love All Around (demo)

A delightful love song from whence the title of this collection came: “I see a pop tune spying through a keyhole from the other room”.

An early demo version of the song with completely different lyrics in a couple of the verses compared to those of the later full band versions.

The first and only previously known demo of this song.

A later version of the same song with alternative lyrics.

The lyric and arrangement variations lend weight to the theory that this is possibly the first ever recorded demo of one of Bowie’s most famous songs.

Originally conceived as a song for a duo to perform, this is the first known version to feature John ‘Hutch’ Hutchinson again with lyric and arrangement variations.

Due to the nature of some of the solo home demos where Bowie accompanied himself on acoustic guitar, the recording quality isn’t always of a usual studio fidelity. This is partly due to David’s enthusiastic strumming hitting the red on a couple of the tracks, along with the limitations of the original recording equipment and tape degradation. However, the historical importance of these songs and the fact that the selections are from an archive of tracks cleared for release by Bowie, overrides this shortcoming.

Spying Through A Keyhole will be limited to a vinyl only release in the spring. However, the recordings may appear in the future on other formats. More details and actual release date to follow from Parlophone.

*FOOTNOTE: Although this will be the first physical release of these tracks, Parlophone did make them available on streaming services for a limited period only in December.