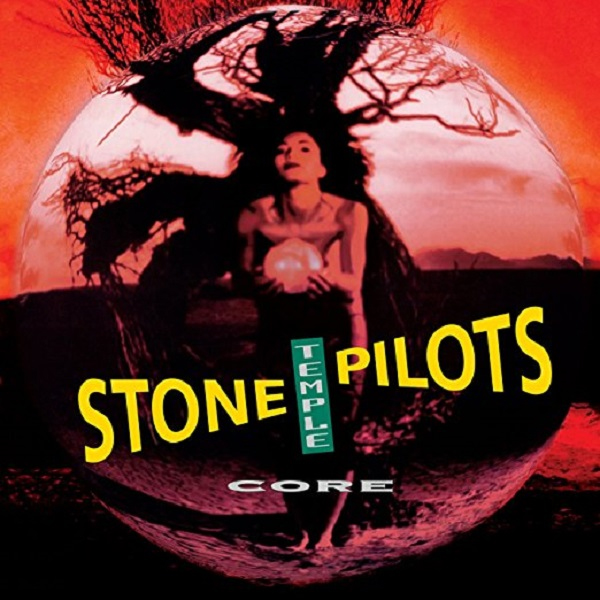 Stone Temple Pilots roared on to the scene 25 years ago with their raucous debut Core. A breakout success, the album peaked at #3 on the Billboard charts, dominated radio waves with hits like “Sex Type Thing” and “Wicked Garden,” and has been certified 8x Platinum by the RIAA. The band also took home the 1994 Grammy® Award for Best Hard Rock Performance for their smash single “Plush.”

To mark the legendary album’s silver anniversary, Rhino will release 2 versions on September 29, which is 25 years to the day of the album’s original debut. The first is the CORE: SUPER DELUXE EDITION, which includes four CDs featuring a newly remastered version of the original album, plus more than two hours of unreleased demos and live performances, including the band’s performance on MTV Unplugged. Also included is the original album on vinyl and a DVD that contains a 5.1 Surround Sound Mix of the album along with videos for the album’s four singles. The set, limited to 15,000 copies worldwide, comes packaged in a richly detailed hardcover book (12 x 12) with rare and unseen photographs. The music from the Super Deluxe version will be available via digital download and streaming services.

Fans can pre-order a limited edition bundle of the CORE: SUPER DELUXE EDITON at www.stonetemplepilots.com which includes a bonus replica 7-inch vinyl single of “Plush” that was originally released in the UK in 1993. This exclusive bundle is limited to 1,000 copies. 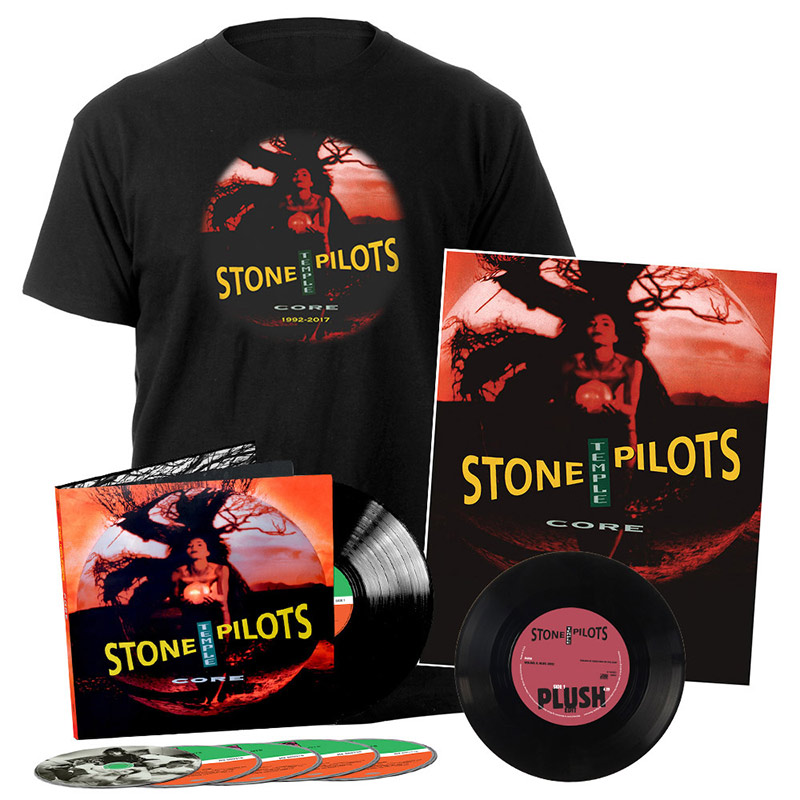 Stone Temple Pilots (guitarist Dean DeLeo, bassist Robert DeLeo, drummer Eric Kretz, and vocalist Scott Weiland) debuted with Core in the fall of 1992 and by the following summer were one of the biggest rock bands on the scene, powered by exhilarating live shows and a string of now-classic songs from the album, remastered here for the very first time.

Nearly all of the music on the second disc of both versions is making its commercial debut. Of the nine demos included, four were recorded between 1987 and 1990 when the band was known as Mighty Joe Young. One of those, “Only Dying,” is an unheard song the band had planned to re-record in 1994 for The Crow Soundtrack. The idea was later scrapped after the star of the film, Brandon Lee, was killed during production. The disc continues with five unreleased demos from their original Atlantic sessions and concludes with four b-sides, including the jazzy Swing Type Version of “Sex Type Thing,” as well as two acoustic versions of “Plush”—the “Acoustic Type Version” recorded with the full band and the rarely heard “first take” that was recorded by Weiland and Dean DeLeo for MTV’s Headbanger’s Ball in 1993.

The third disc contains two fiery live recordings from the summer of 1993, the first an unreleased performance at Castaic Lake Natural Amphitheater near Los Angeles and the second from the Reading Festival, making its U.S. debut here. These high-energy shows feature performances of all but two songs from Core as well as an early live version of “Lounge Fly,” a song the band has just written a month earlier that would appear the following year on the band’s second album Purple.

The band’s iconic appearance on MTV Unplugged, recorded in November 1993, gets its first official release on the final CD in the set. This would be their last performance in support of Core and includes reworked, acoustic versions of “Wicked Garden” and “Sex Type Thing,” the debut performance of “Big Empty,” which would later appear on Purple, and a cover of David Bowie’s “Andy Warhol.”

CORE: SUPER DELUXE EDITION also features the original album pressed on vinyl, and a DVD that presents a 5.1 Surround Sound Mix of Core together will all four of the videos made for the album: “Sex Type Thing,” “Plush,” “Wicked Garden,” and “Creep.”