The Staves Release 3-Track EP Sleeping In A Car 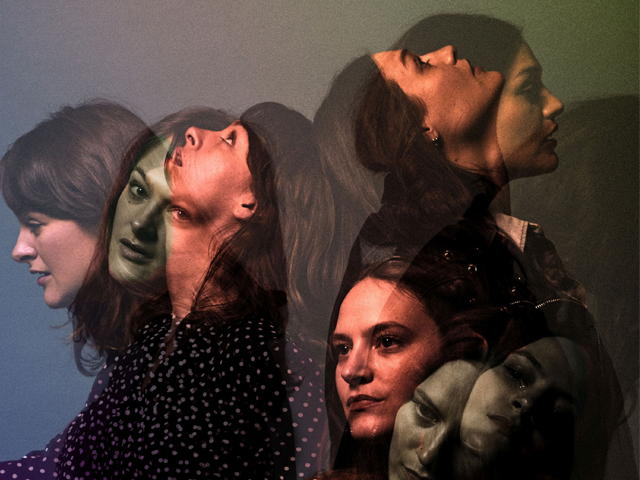 “Ethereal, angelic, and otherworldly. They are simply astonishing.”—Stereogum

Nonesuch Records releases “Sleeping in a Car”, a three-song EP from the English trio The Staves, on May 13, 2016. The EP is the follow-up to the band’s 2015 Nonesuch debut If I Was, of which the New York Times said “the songs are illuminated from within,” and Magnet praised, “The perfection just goes on and on until you start to wonder: Are they human?” “Sleeping in a Car” was recorded in Eau Claire, WI, at Justin Vernon’s April Base studio and also at Urchin Studios in London. The Watford, England–based sisters—Emily (vocals, keyboards), Jessica (vocals, guitar, keyboards), and Camilla (vocals, guitar, ukulele) Staveley-Taylor—will embark on a 18-city North American tour beginning June 3. Stops include Minneapolis, Washington, Nashville, and New York, among others, along with the Firefly, Newport, and Eaux Claires festivals.

“Sleeping in a Car” is available to pre-order digitally from iTunes; physical CDs will be available exclusively at the Staves’ shows.

The sisters said of the EP, “These songs reflect the transient nature of travelling. Fleeting moments, like a slide show—reflections in car windows, streetlights passing in rhythm, stolen phone calls, late nights. Feelings of displacement and a disconnect— living in some sort of alternate state of reality. But underneath it all is the feeling of adventure and making your own rules and how dizzying and freeing that can be.”

The Staves released their first full-length album, Dead & Born & Grown, produced by Glyn and Ethan Johns, in 2012. The Sunday Times called it “a debut of stellar beauty and hidden depths.” The band then spent much of the next three years touring the world, including opening spots with the Civil Wars, Ben Howard, and Bon Iver.

During the Bon Iver run, the sisters formed a bond with Vernon, who invited them to visit April Base, where he ultimately produced If I Was. Following its release, The Staves performed at a string of international festivals, including Glastonbury and Eaux Claires, before joining Florence and the Machine’s sold-out UK arena tour. In addition to the North American dates, they play Guy Garvey’s Meltdown Festival in London this summer (June 14).