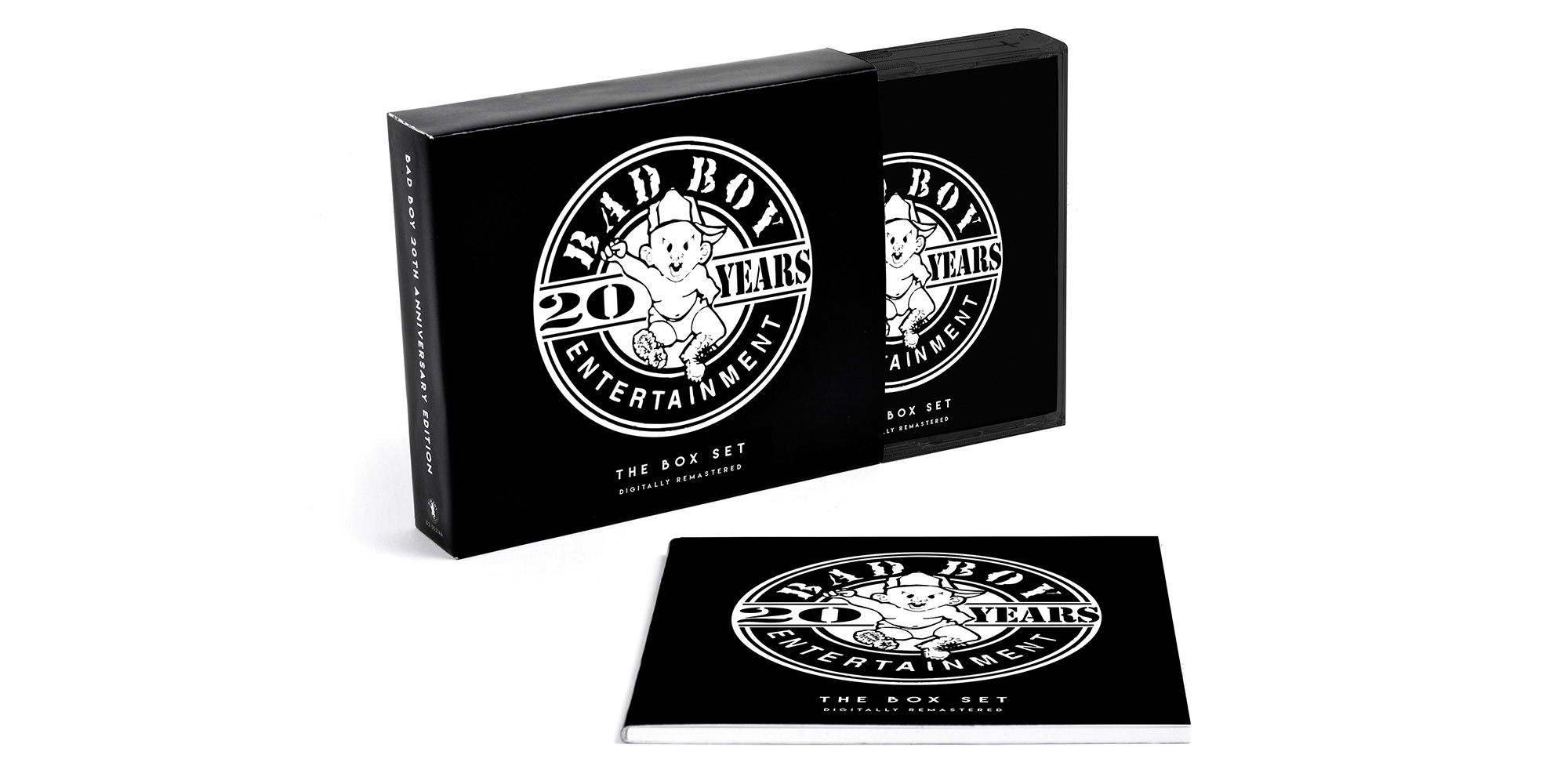 AVAILABLE FRIDAY, AUGUST 12TH IN BOTH DIGITAL AND PHYSICAL FORMATS

Sean “Diddy” Combs aka Puff Daddy and Bad Boy Entertainment celebrates their 20+ year legacy as the ruling authority on hip hop and R&B with the release of the BAD BOY 20TH ANNIVERSARY BOX SET EDITION, available on Friday, August 12th. A must-have for any music lover and collector, the set includes hits like “I Need a Girl,” “Juicy,” “I Don’t Wanna Know,” “Hypnotize,” “Money, Power, Respect,” “Peaches & Cream,” “Can’t You See,” “Flava In Ya Ear (Remix),” “Love Like This,” “Feel So Good,” “Pop That,” “Damaged,” and “I’ll Be Missing You,” from an all-star lineup of artists including Puff Daddy, The Notorious B.I.G., Craig Mack, Faith Evans, Total, Carl Thomas, Mase, 112, The Lox, Cassie, Janelle Monáe, Danity Kane, Machine Gun Kelly, French Montana as well as many other beloved Bad Boy artists. The Bad Boy 20th Anniversary Box Set Edition is available for preorder now.

Accompanied by a 64-page historiography and foreword by hip hop journalist Michael A. Gonzales, the collection will take readers on a journey through the history of Bad Boy Entertainment, reminding fans of the label’s reputation as hip hop’s most notorious vanguards. With contributions from music industry veterans, readers and listeners alike will gain a 360 view of the rise of the label and their revolutionary sound.

“Bad Boy helped make hip hop what it is today – and this collection highlights all the music, history and vision that made Bad Boy number 1.” said Sean “Diddy” Combs aka Puff Daddy, the Founder and Chairman of Bad Boy Entertainment. “We wanted to thank our fans, celebrate the music, the people, and the Bad Boy lifestyle that have defined the past two decades. We’ve always made music that makes the people dance; this collection does all that and more, and it is a celebration of all things Bad Boy.”

Sean ‘Diddy’ Combs aka Puff Daddy serves as Executive Producer and Harve Pierre as Co-Executive Producer for the Bad Boy 20th Anniversary Box Set Edition, which is distributed exclusively by Rhino, a Warner Music Group company holding part of the Bad Boy Catalogue. “It was a pleasure putting this collection together. It’s something that Bad Boy, the artists, producers, staff, peers and fans can cherish forever,” said Pierre. “For our generation, it’s a must-have music collection and for the newer generation, it should be used as an educational piece to understand how historic and timeless music really sounds like.”